The SpaceFibre Network layer is responsible for transferring packets over a SpaceFibre link or network. The information to be sent is packaged in the same format as SpaceWire: <Destination Address> <Cargo> <End of Packet Marker>. It uses the same routing concepts as SpaceWire including both path and logical addressing.

The “Cargo” is the data to be transferred from source to destination. Any number of data bytes can be transferred in the cargo of a SpaceFibre packet.

The “End of Packet Marker” (EOP) is used to indicate the end of a packet. The data character following an EOP is the start of the next packet. There is no limit on the size of a SpaceFibre packet.

As far as the addressing of packets and their routing across the network is concerned, SpaceFibre operates in the same way as SpaceWire. This has the substantial advantage that existing application software or SpaceWire equipment can be used with a SpaceFibre network by simply tying a SpaceWire link interface to a SpaceFibre virtual channel interface. The application does not need to know that it is running over SpaceFibre, but gains all the QoS and FDIR advantages of SpaceFibre. This make the integration of existing SpaceWire equipment both simple and advantageous.

SpaceFibre uses both path and logical addressing, which operate in the same way as SpaceWire. It is not possible to route a packet between two different virtual networks in a routing switch. As already stated virtual networks on a SpaceFibre network are like a set of parallel, independent SpaceWire networks. The packet routing is within one virtual network.

An example SpaceFibre router is illustrated in Figure 1.

Figure 2 shows an example of how the control network and two instrument data flows are assigned to VNs in four ports of a Router. Each SpaceFibre link implements multiple VCs, each one with specific QoS parameters. For example, the bandwidth allocation parameter of each VC can be set to the expected bandwidth of each instrument, so they do not interfere with one another or with the control network. VNs are built from the interconnection between VCs of different ports. These operate like SpaceWire networks. 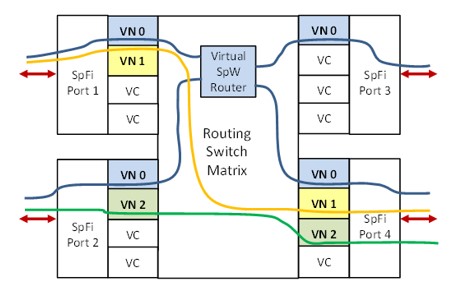 Figure 3 shows a more realistic on-board network using SpaceFibre. Two high data-rate instruments (Instruments 1 and 2) have SpaceFibre connections, but for less demanding instruments it is possible to use SpaceWire connections connected over a SpaceWire to SpaceFibre Bridge. Each instrument has a virtual point-to-point connection to the Mass Memory Unit (VN 2 and VN 3) and there is a virtual point-to-point connection between the Mass Memory and the Downlink Telemetry Unit (VN 4). The Control Processor has a virtual network for configuring and controlling all devices on the network (VN 1) and the network itself (VN 0). Finally, a point-to-point connection between Instrument 2 and the Downlink Telemetry Unit also exists (VN 63). This architecture is solving a complex communication task with many separate, isolated virtual channels providing point-to-point links, and a virtual network being used to control the entire system. Figure 4 shows this same network with the virtual channels removed, revealing the simplicity of implementation of a complex communication task when using SpaceFibre. 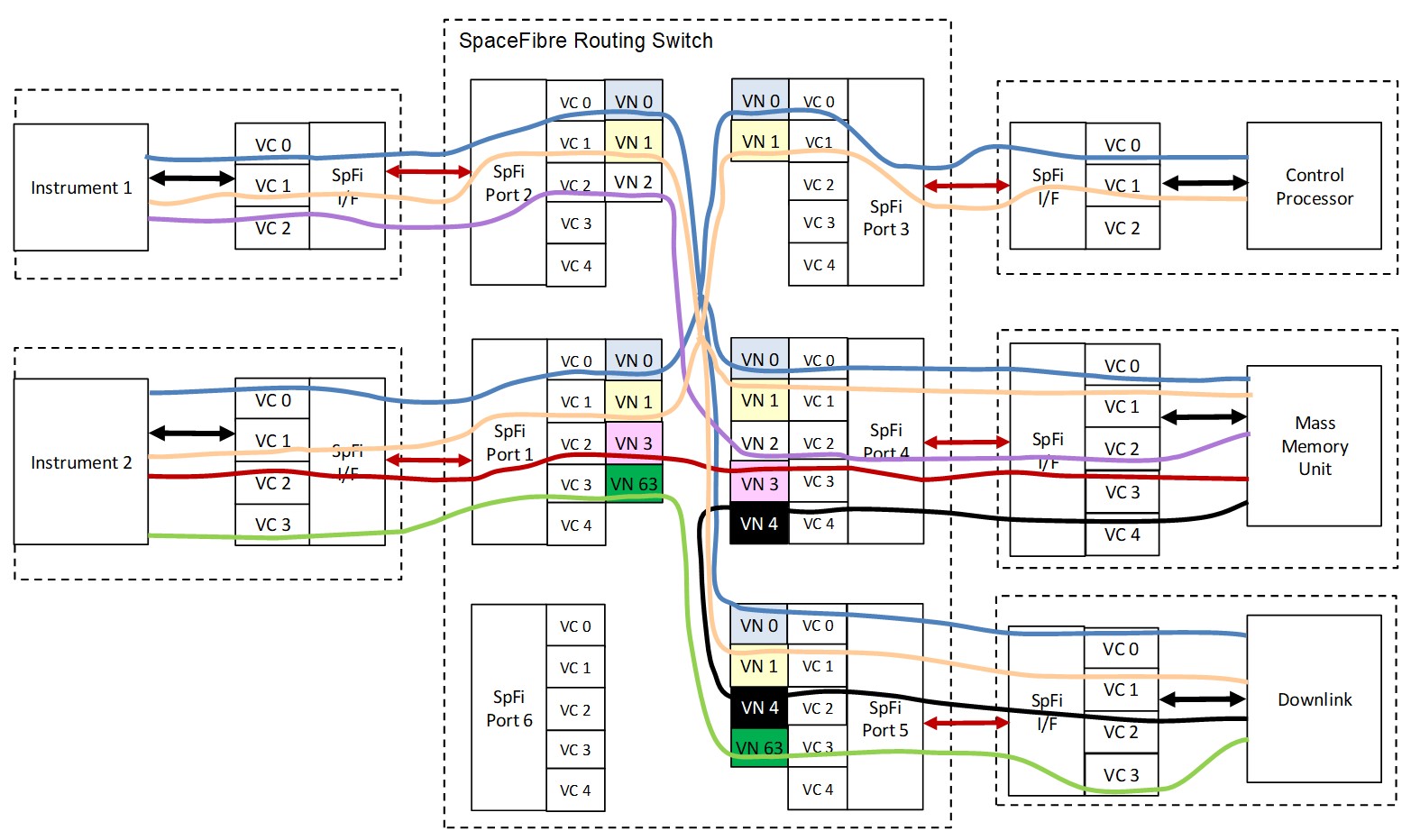 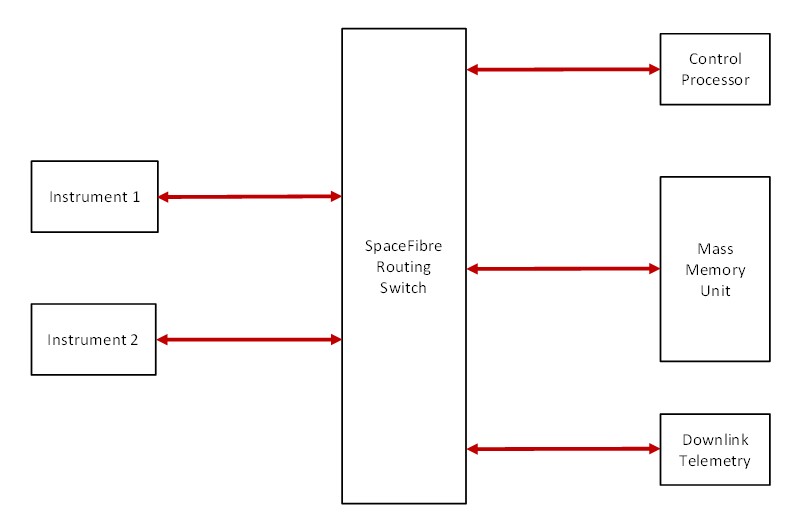 Register to receive the SpaceFibre User’s Guide as soon as it is published.