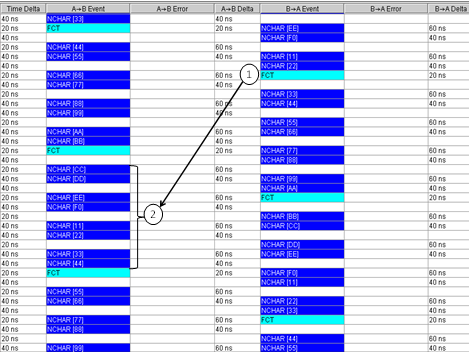 The FCT sent by End B and received by End A (1), permits End A to send eight more N-Chars (2). The FCT goes in the opposite direction to the data that it is exchanged for. The SpaceWire link in Figure 41, is sending data in both directions of the link so FCTs are also being sent in both directions.