BepiColombo is a joint ESA/JAXA mission to Mercury which aims to explore Mercury, to attempt to understand the planet, and to provide clues to the formation of the solar system. BepiColombo is a particularly challenging mission because of Mercury’s proximity to the Sun and the harsh environment this entails.

BepiColombo is made of three spacecraft: the Mercury Polar Orbiter (MPO) which will study the planet’s surface and internal composition, the Mercury Magnetospheric Orbiter (MMO) which will study Mercury’s magnetosphere, and the Mercury Transfer Module (MTM) which carries the other two spacecraft to Mercury. MMO and MPO will separate from the MTM when it reaches Mercury. MMO is being developed by Jaxa and the other two components are being developed by ESA. 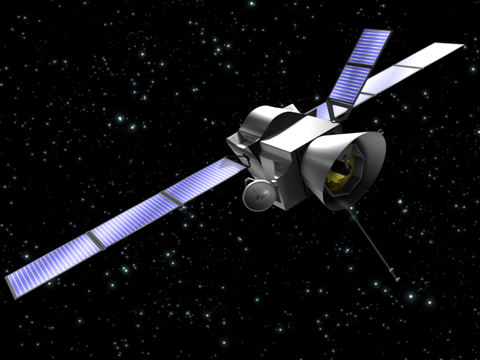 The SpaceWire data-handling architecture used on MPO is shown in Figure 19. 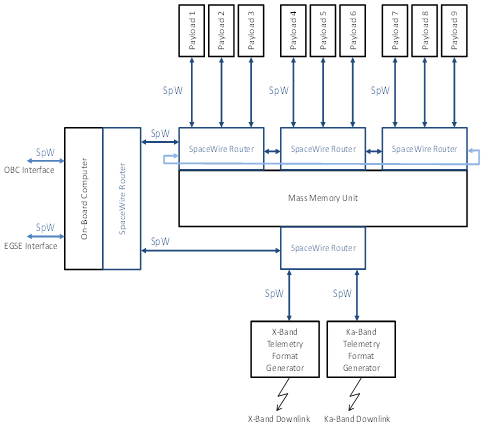 Figure 19 has been simplified for clarity. For redundancy purposes the data-handling units are duplicated with cross-strapping between units to enhance overall reliability and avoid possible single-point failures.

MMO is illustrated in Figure 20 and its data-handling architecture is shown in Figure 21. 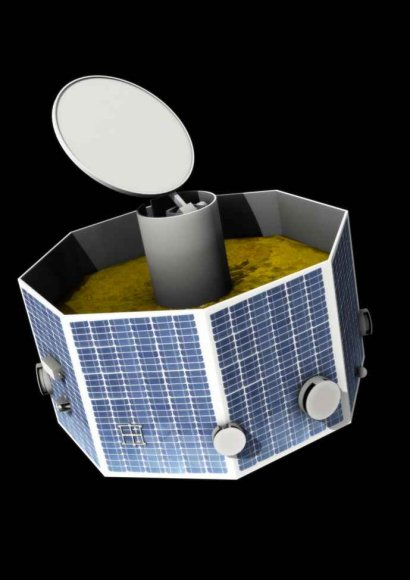 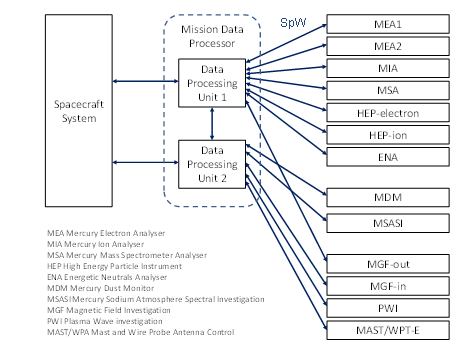 Each instrument is connected using a point-to-point link to the mission data processor, which contains two data-handling units, each of which contains a central processing unit and a SpaceWire router. SpaceWire is used to configure, control, gather housekeeping information and collect data from all the instruments on MMO. It is also used to pass telecommands from the spacecraft system and pass housekeeping and science data to the spacecraft system for telemetering back to Earth. Because of the low power and mass requirements of MMO a special version of the SpaceWire interface was implemented which can start up and continue operation at 2 Mbits/s.