The destination address at the front of a SpaceWire packet is used to route the packet through a network from the source node to the destination. There are two forms of addressing used in SpaceWire networks: path addressing and logical addressing.

Path addressing can best be understood using the simple analogy of providing directions to someone driving a car. To reach the destination you might suggest that the driver takes exit 2 at the first roundabout, exit 1 at the next roundabout, and finally exit 3 on the third roundabout. The driver will then have reached the required destination (see Figure 3). There is a direction to follow at each roundabout (take a particular exit). Together these directions describe the path from the initial position to the required destination. There is a list of directions to follow one for each roundabout. Once a direction has been followed it is crossed off the list and the next direction is followed at the next roundabout. 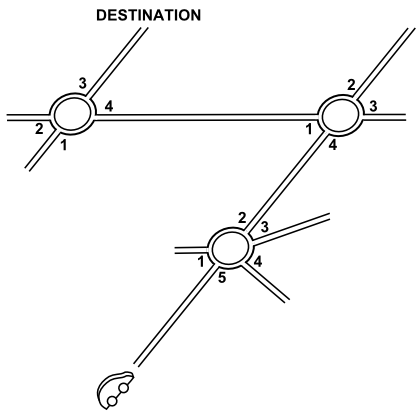 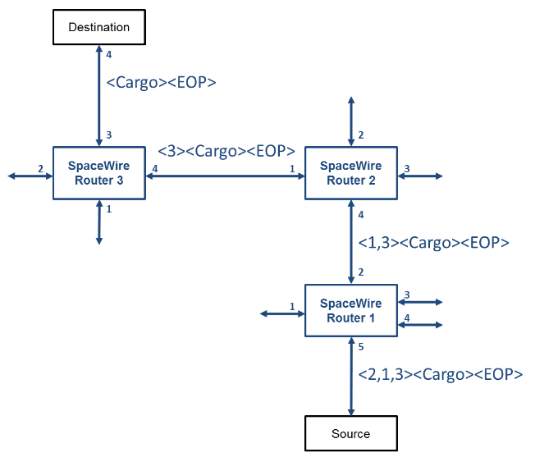 Logical addressing can also be understood using the analogy of giving directions to a car driver. Logical addressing is like saying to the driver, “follow the signs to Dundee at each of the roundabouts”. This, of course, requires appropriate signs to be placed at each roundabout and each destination has to have a name or identifier so that it can be recognised on the signs. The logical address analogy is illustrated in Figure 4. 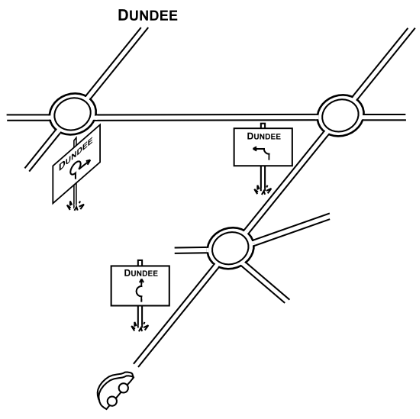 Logical addressing has the advantage that only a single address byte is required, but it does require the routing tables to be configured before it can be used. Path addressing requires a byte for each router and does not need routing tables in the routers.