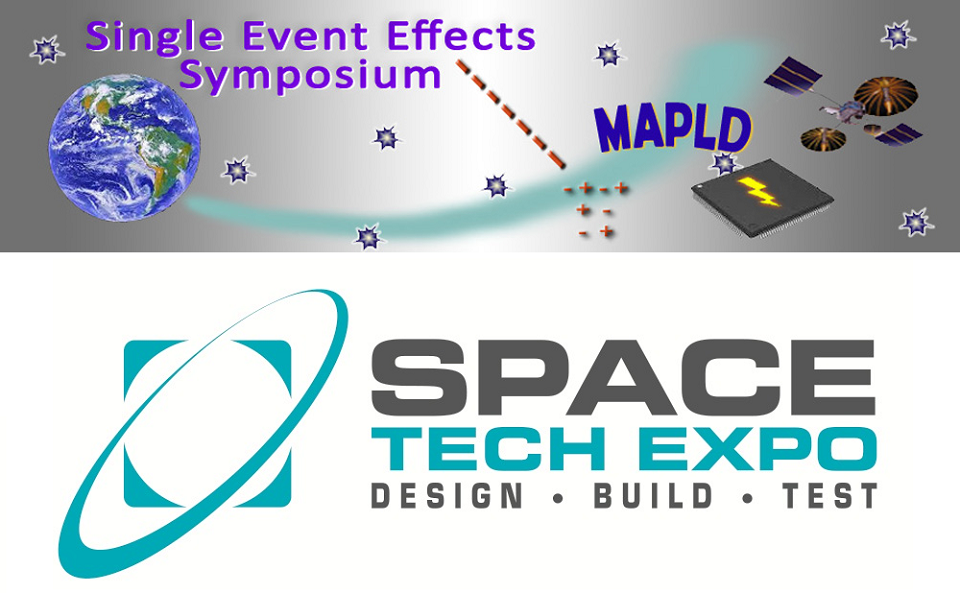 STAR-Dundee exhibited at two events in California in the week beginning 23rd of May.  From the 24th until the 25th we were at the 25th Annual Single Event Effects (SEE) Symposium coupled with the Military and Aerospace Programmable Logic Devices (MAPLD) Workshop in La Jolla, San Diego.  In parallel, from the 24th to the 26th we were also in Pasadena at Space Tech Expo 2016.

At both events we had some of our SpaceWire and SpaceFibre products on display, including a demonstration of the SpaceFibre protocol running on the Microsemi RTG4 FPGA connected to our FMC SpaceWire/SpaceFibre Board.  We also demonstrated our new SpaceFibre Routers at SEE/MAPLD on the 24th and at Space Tech Expo on the 25th and 26th.  This demonstration highlights the features of SpaceFibre which make it ideal for many space applications: 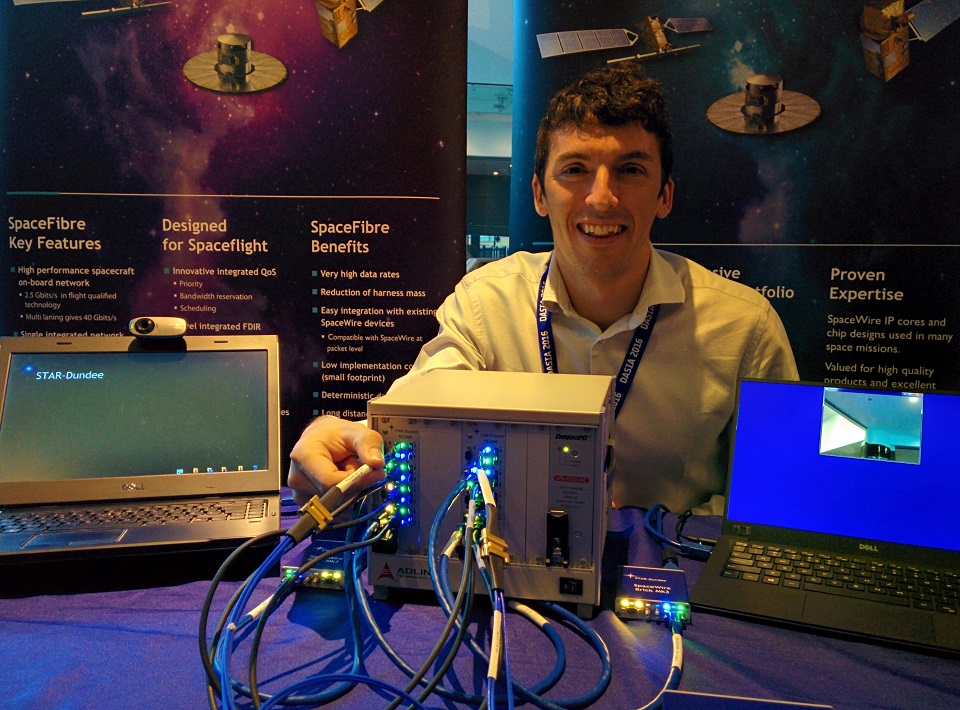 STAR-Dundee has demonstrated the advanced multi-laning capabilities of the SpaceFibre protocol. This allows several lanes to operate in parallel to provide enhanced throughput. For example, with four lanes running at 2.5 Gbits/s each and aggregate throughput of 10 Gbits/s is achieved. SpaceFibre multi-laning can operate with any number of lanes, from 1 to 16. Each lane is normally bi-directional, but to support spaceflight instruments with very high-data rate in one direction and to save mass and power, it is possible to have some uni-directional lanes in a multi-lane link, provided that at least one lane is bi-directional. SpaceFibre multi-laning also supports graceful degradation in the event of a lane failure. If a lane fails, the multi-lane link will rapidly reconfigure to use the remaining lanes so that important (high priority) information can still get through. It takes a couple of microseconds for this reconfiguration to occur, which happens without loss of information. Clearly, with reduced bandwidth some information will not be sent over the link, but this will be less important, low priority, information. If a redundant lane is available in the link, it can be enabled and full capacity operation will resume. SpaceFibre IP cores and test equipment are available from STAR-Dundee. The SpaceFibre ECSS standard is due to be published by the end of 2016.

The photograph shows multi-laning capability of SpaceFibre being demonstrated to spacecraft engineers at the DASIA 2016 conference held in May in Tallinn, Estonia. A four lane link was demonstrated with low priority high bandwidth traffic flowing over some virtual channels and high priority video data over another virtual channel. Lanes were unplugged with corresponding loss in bandwidth, but the link continued to operate sending the “critical” video data without interruption. Only when all four lanes were unplugged, did the video data stream cease. As soon as any of the four lanes were plugged back in, the video stream continued once more.