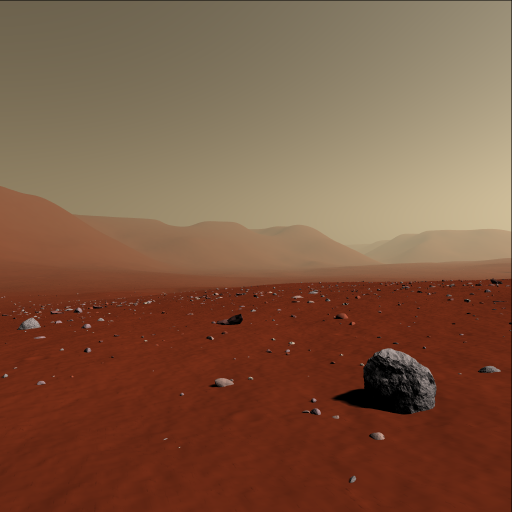 PANGU is a powerful set of tools for modelling the surfaces of planetary bodies such as Mars, the Moon, Mercury and asteroids using real and synthetic data. It has the ability to generate camera, LIDAR and RADAR images from any position and orientation. These images can be used for off-line and closed-loop simulations of planetary landing, surface roving and in-orbit rendezvous operations. Models of spacecraft and rovers can be imported from CAD software, wrapped in MLI, given realistic material properties and included within PANGU simulations.

PANGU is designed to provide a high degree of realism while operating at near real-time speeds on modern PCs with graphics cards that support OpenGL, running on either Windows or Linux.

PANGU licences are sold by STAR-Dundee but the tool set was developed by the Space Technology Centre within the University of Dundee for ESA and is being used on several ESA studies and development projects aimed at producing precise and robust planetary lander guidance systems.

For more information about PANGU and other University of Dundee research activity see: pangu.software