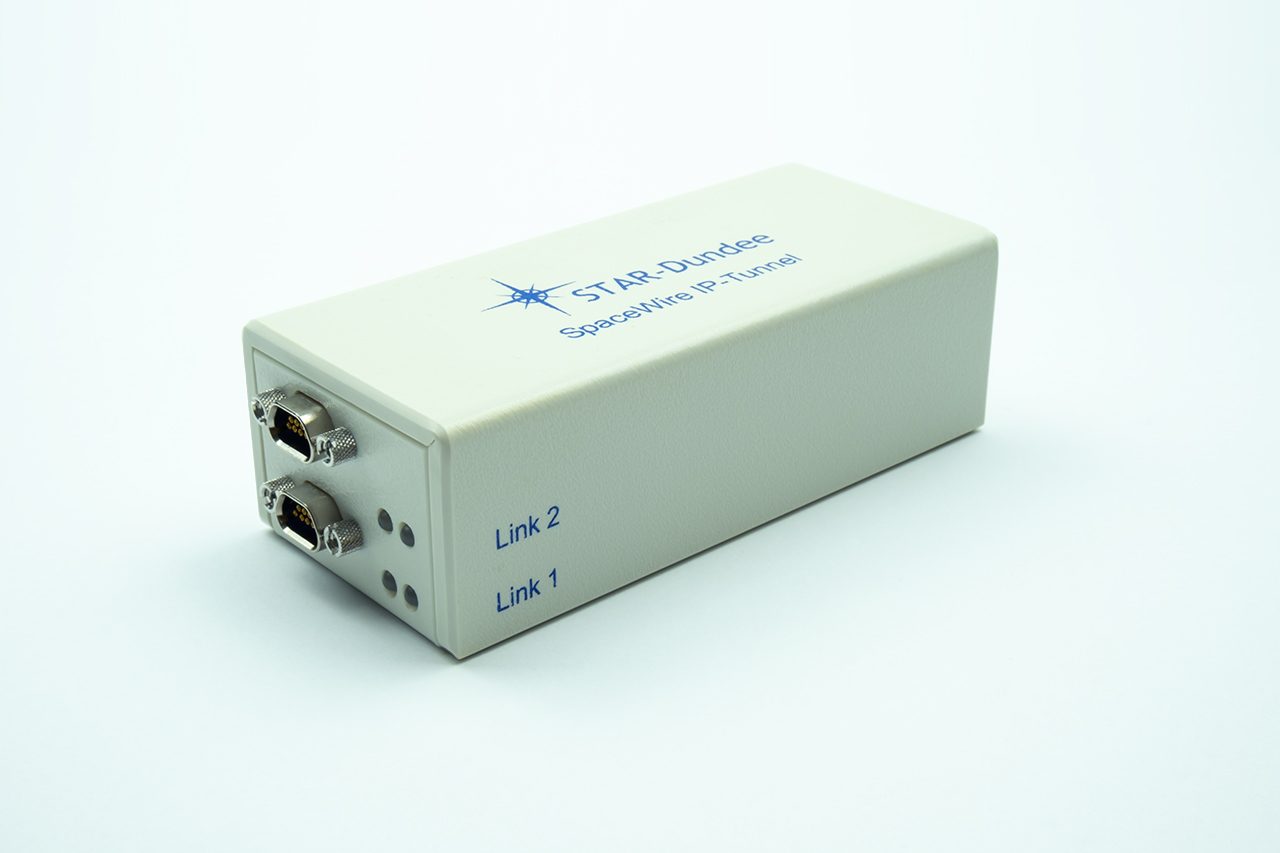 The SpaceWire IP Tunnel can be used to connect two remote SpaceWire devices or networks using a TCP/IP network, such as the internet. With an IP Tunnel connected to each SpaceWire sub-system, the two IP Tunnels communicate the SpaceWire information as if the devices were directly connected. This allows users to test the integration of their system at a much earlier stage in development and resolve issues when it is easier, and significantly cheaper, to do so. All data packets and time-codes are unaffected, and pass between the sub-systems as if they were directly connected. Also the link status is reflected at each end, such that should one end disconnect then the other IP Tunnel will also disconnect. The SpaceWire traffic is unmodified and maintains it’s sequence, the only impact on performance may be latency from the TCP/IP network. Supplied with the SpaceWire IP Tunnel is host software which maintains the tunnelled connection, and can provide analysis of the traffic. The traffic can also be recorded and displayed on a user specified trigger event, including the option to capture or ignore specific types of packets. Packets and higher level protocols, such as RMAP, are decoded and displayed in easy to understand terms aiding the understanding of link behaviour.