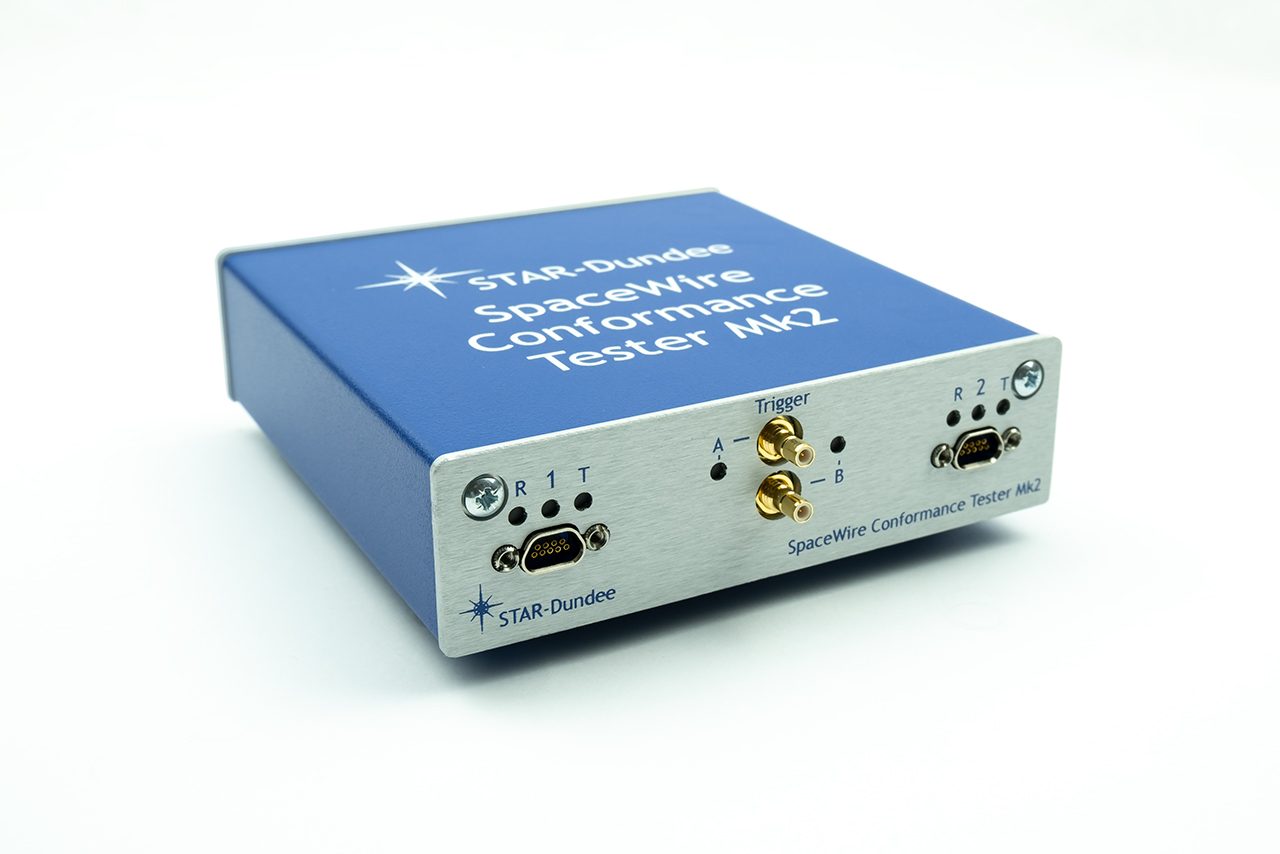 The SpaceWire Conformance Tester Mk2 connects to a SpaceWire device and, through the host software, executes a variety of tests to check the unit under test’s (UUT) compliance to the SpaceWire Standard. Over 55 tests are conducted across the following levels:

The software makes it easy to select which tests should be run. With each test, expected and achieved results are displayed, including a link to the appropriate clause of the SpaceWire Standard to dramatically reduce the time spent debugging the UUT. The SpaceWire Conformance Tester Mk2 can also be used as a high speed packet generator, and one of the SpaceWire links can act as a data / time-code sink or loop-back.