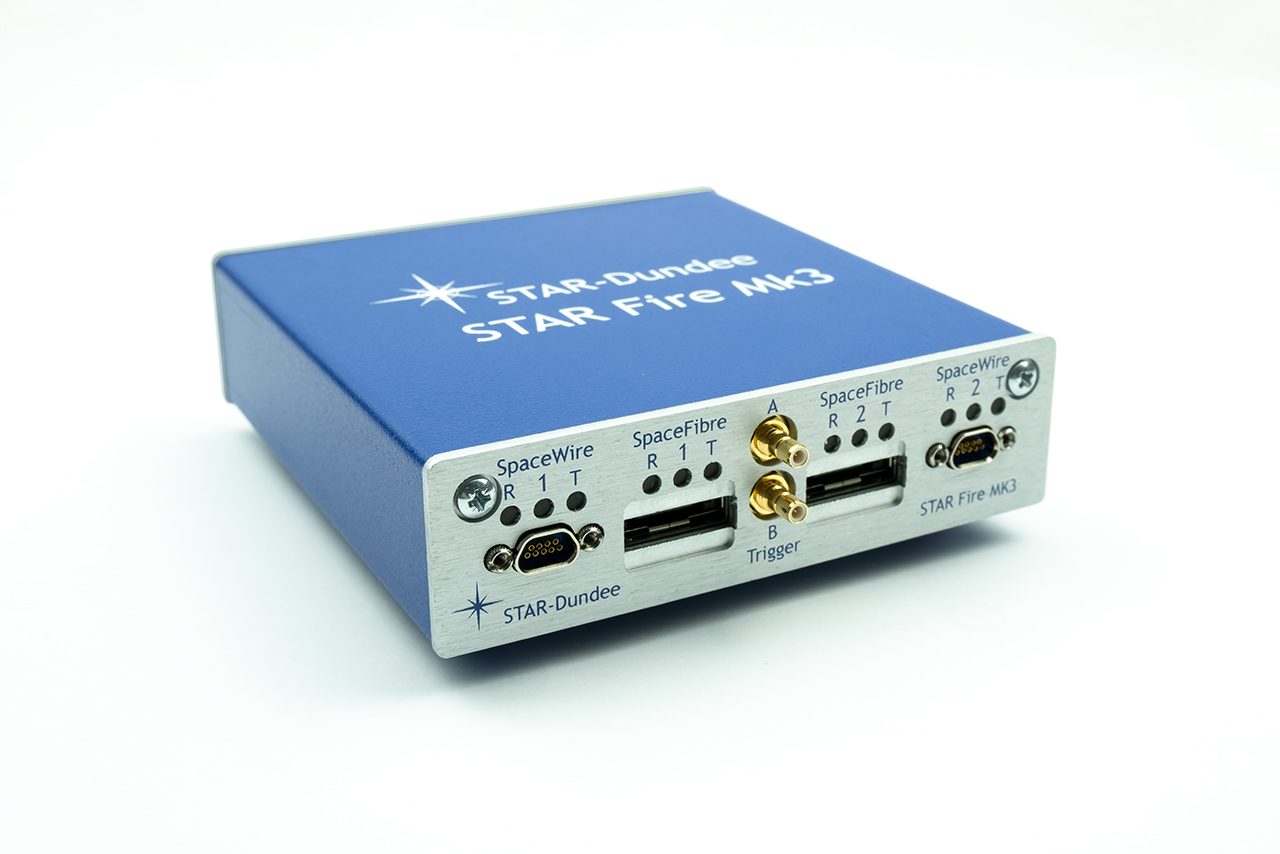 The STAR Fire Mk3 is controlled by a host PC, connected by a high-speed USB 3.0 interface, and is powered by a 5V power brick. It has two SpaceFibre EGSE ports, two SpaceWire ports, four external SMB triggers and two MICTOR logic analyser connectors.

The host PC interface has been upgraded from USB 2.0 to USB 3.0, vastly increasing the speed at which SpaceFibre traffic can be transmitted and received from host PC, and reducing the time it takes to upload captured SpaceFibre traffic. The SpaceFibre traffic capture memory size has also been significantly increased. This means many millions of SpaceFibre words can now be captured, rather than thousands as was previously possible. The SpaceFibre data signalling rate is now configurable (1.88 – 3.2 Gbit/s supported) instead of fixed to 2.5 Gbit/s. Additionally, the hardware data generators and checkers built into the STAR Fire Mk3 have been improved. These are now capable of transmitting and receiving very complex user defined data patterns, suitable for a greater variety of test requirements.