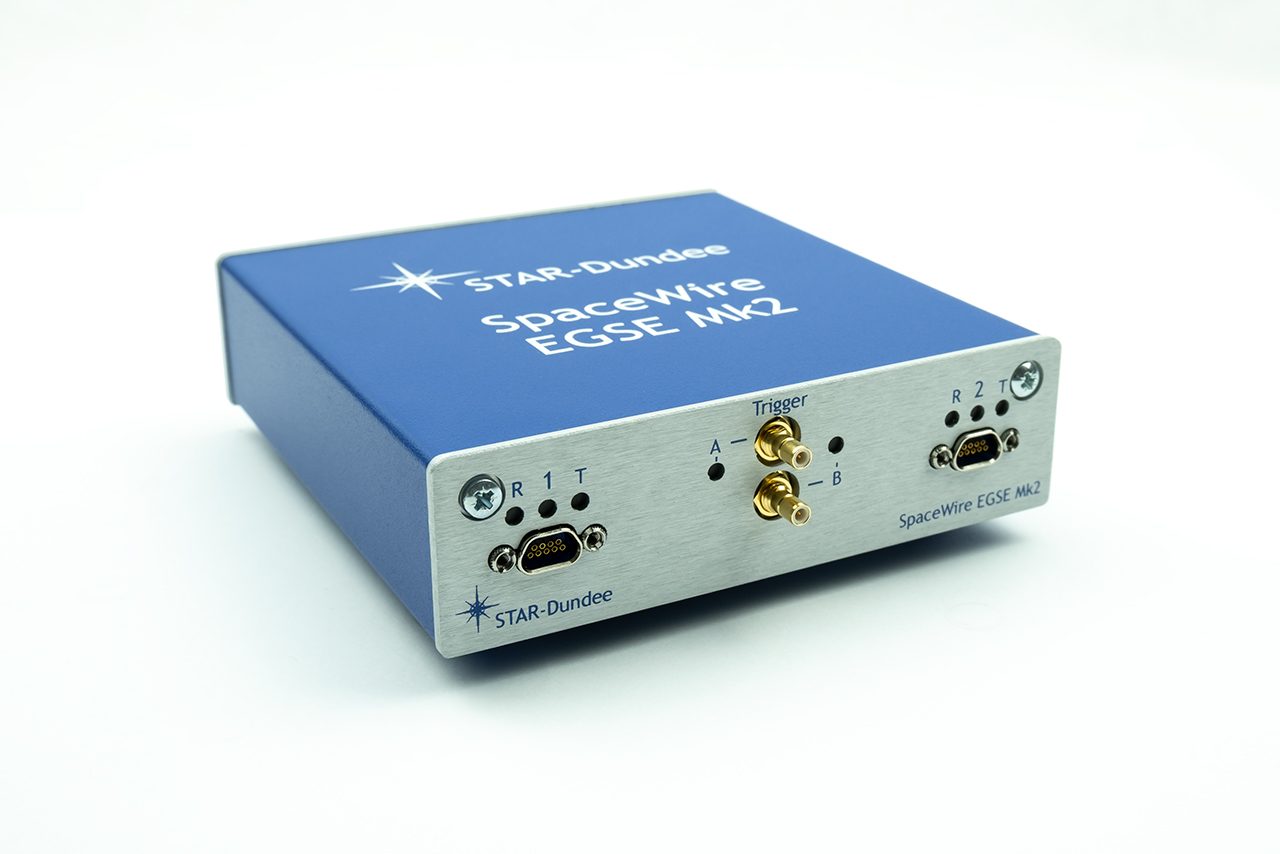 The SpaceWire Electronic Ground Support Equipment (EGSE) Mk2 is a test and development unit used for rapid SpaceWire instrument and equipment emulation. It is configured using a simple yet powerful scripting language designed specifically for SpaceWire applications. A script is compiled on a host PC before it is loaded into the EGSE Mk2 unit. Once configured, the EGSE operates independent of software resulting in real-time performance. This can be used to very quickly develop SpaceWire equipment emulations. Compared to writing equivalent software in a real-time operating system, the EGSE Mk2 can significantly reduce development time, risk and cost.

The SpaceWire EGSE Mk2 is controlled by a host PC, connected by a high-speed USB 3.0 interface, and is powered by a 5V power brick. It has two SpaceWire ports, four external SMB triggers and two MICTOR logic analyser connectors.

NOTE: The SpaceWire EGSE Mk2 supersedes the original SpaceWire EGSE. It now supports SpaceWire link speeds up to 400 Mbit/s (previously 200 Mbit/s); the on-board memory in which packet data is stored has been increased in size to 512 MB (previously 128 MB); and a USB 3.0 interface (previously USB 2.0) is now used to connect the unit to a host PC. Compared to the original SpaceWire EGSE, these improvements mean traffic can be transmitted and received at higher link speeds; a larger quantity of pre-defined packet data can be stored in memory; and compiled scripts can be loaded into hardware faster.