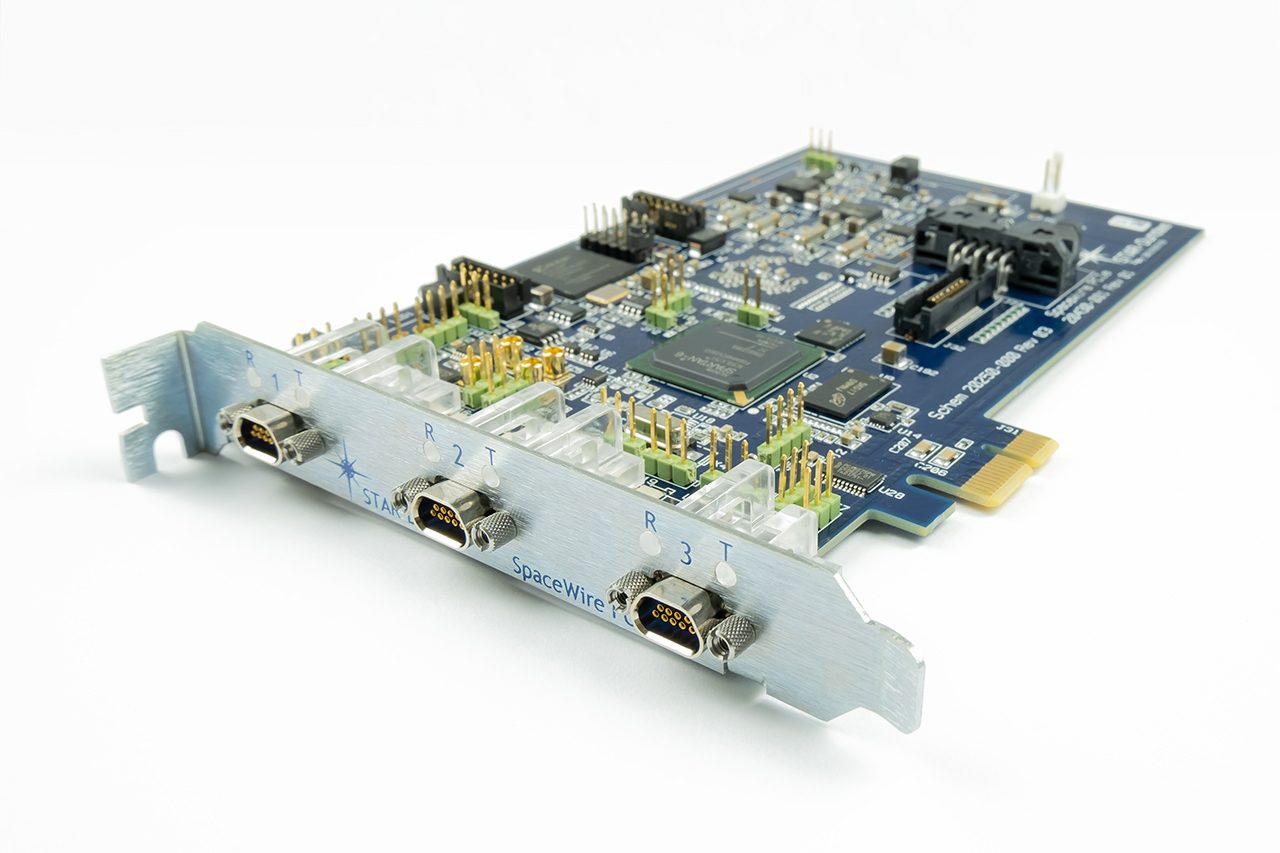 The device can also be used as a router. The router facilitates packets from one SpaceWire port to be routed to another SpaceWire port or into the host PC via the PCIe interface. There are three independent channels from the SpaceWire router to the PCIe interface, so traffic flowing over one port cannot block traffic for another port. In addition there is a separate control channel, so that the host PC is always able to access the control, configuration and status space of the PCIe regardless of the data flow.

The RMAP target port is accessible through the SpaceWire router, and therefore from the SpaceWire links and host PC. The target responds to RMAP command packets and provides access to 128 Mbytes of DDR3 memory. The Target can be used to rapidly prototype a remote memory space using RMAP formatted packets.

The SpaceWire PCIe hardware is supported by STAR-Dundee’s software stack, STAR-System, providing a consistent programming interface for accessing all STAR-Dundee’s most recent, and future, router and interface devices.