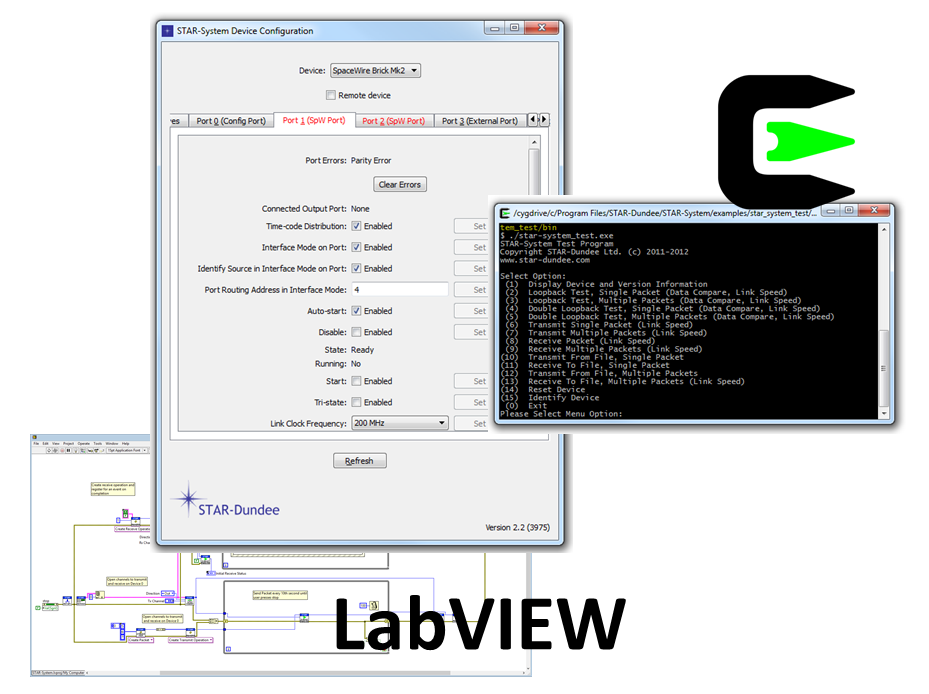 STAR-Dundee has now released V2.2 of their STAR-System software stack.

A more comprehensive list and description of STAR-System is available here.

The latest STAR-System release can be downloaded from the Support website for customers that have registered devices. If you don’t have access, register your device, follow the link to our Technical Support home page and follow the instructions to obtain a username and password.

Fireworks were flying over STAR House a few days before Bonfire Night when STAR-Dundee was announced winner of the most prestigious award at the inaugural Courier Business Awards 2013: Business of the Year 2013.

The awards have been created to celebrate the thriving business community of East-Central Scotland, home of The Courier.  Companies of all sizes, and from all walks of the business community were represented from life-sciences and tourism, to agriculture and retail. STAR-Dundee was recognised for its success and continued growth over the past 10 years. 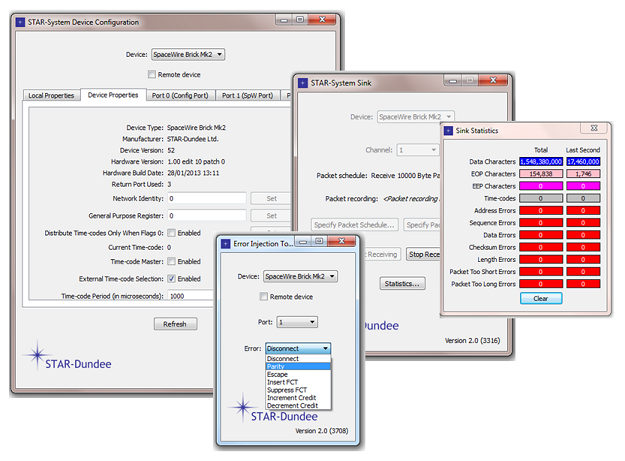 STAR-Dundee has now released V2.0 of their STAR-System software stack.

STAR-System is the system architecture that has been designed as a minimal layer with a single programming interface, STAR-API, that is consistent across all supported operating systems. STAR-System V2.0 expands the STAR-System portfolio with more supported STAR-Dundee devices, new operating systems support, and a more extensive range of supporting APIs and GUIs.

A more comprehensive list and description of STAR-System is available here.

The latest STAR-System release can be downloaded from the Support website for customers that have registered devices. If you don’t have access, register your device, follow the link to our Technical Support home page and follow the instructions to obtain a username and password.

Leaving a late-May snow fall behind in Scotland STAR-Dundee headed to the sun of Long Beach, California, to exhibit and present at the 2nd SpaceTech Expo.

Despite the depleted attendance due to the continuation of budget sequestration within the USA, the quality of visitors to the booth was still high.

The Open Forum gave us the opportunity to present “SpaceWire Technologies deliver multi-gigabit data rates for on-board Spacecraft” a brief introduction to SpaceFibre and a progress update on the developments and projects already adopting the gigabit network capability of SpaceFibre. This was particularly timely as, not only had the SpaceFibre IP core just been released to the fourth company to enter the SpaceFibre Beta program, but following on from the copper cable testing SpaceFibre had just been successfully tested running at 2.5Gbits over a 100m fibre optic connection.

Check our website for more details on SpaceFibre and the first available products: the SpaceFibre IP core and the diagnostic interface unit STAR Fire; the first product aimed at early SpaceFibre adoption. 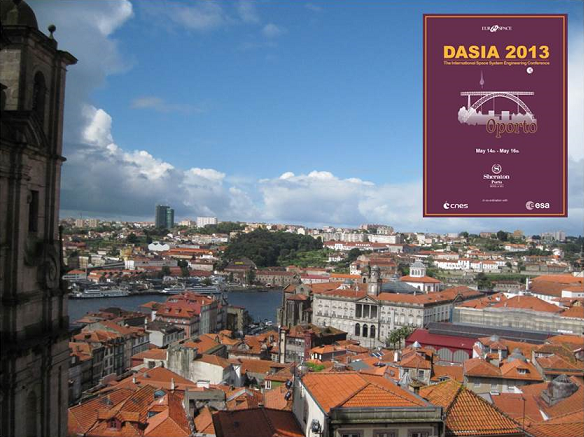 Amid the backdrop of Port lodges and the historic buildings of Porto, the technologies presented at DASIA 2013 provided a lot of interest for STAR-Dundee attendees.

From the SpaceWire portfolio the most recent additions were presented: the SpaceWire EGSE and the AT7913E based SpaceWire RTC Development Kit. The SpaceWire EGSE, a programmable device simulator, is already proving popular due to it’s intuitive script language allowing complex instrument simulation to be achieved in a day, combined with it’s hardware based functionality giving it true real-time behaviour. Similarly the SpaceWire RTC Development Kit, that includes a fully integrated software development environment, is gaining a foothold as the one-stop-shop hardware and software development platform for the radiation tolerant Atmel AT7913E. The AT7913E RTC is a single-chip embedded system containing a radiation tolerant SPARC V8 core with FPU and embedded interfaces that acts as the bridge from sensor networks to SpaceWire networks, with the capability to effectively perform data handling at platform level and powerful data processing at payload level.

Under the University of Dundee banner, Managing Director Steve Parkes gave the first technical presentation outside the SpaceWire User Group forum about SpaceFibre. SpaceFibre is a multi-gigabit network protocol that builds on the SpaceWire protocol taking data rates to 2.5Gbits, and by greatly enhancing the fault tolerance and adding quality of service mechanisms allowing SpaceWire technologies to be a serious proposition for mission critical applications and an excellent option for other sectors such as Aerospace industry.

Check our website for more details on all the devices mentioned: SpaceWire EGSE,  SpaceWire RTC Development Kit and SpaceFibre. 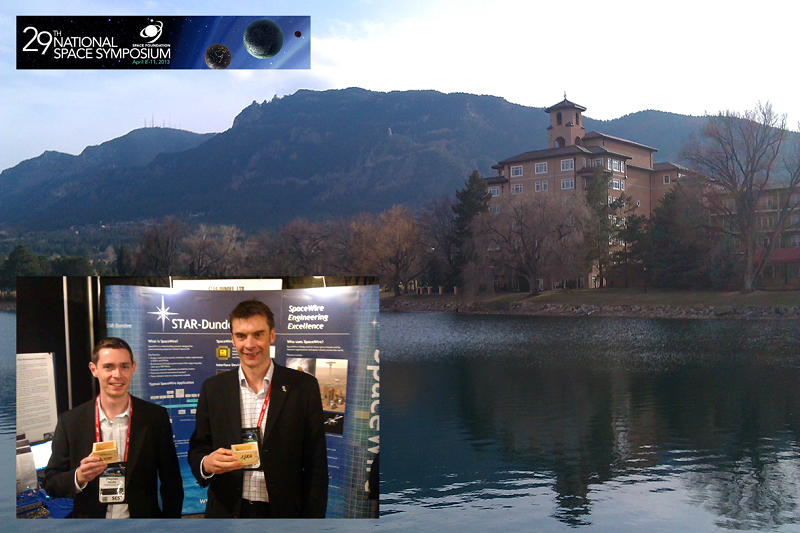 Another successful trip for STAR-Dundee exhibiting at the 29th National Space Symposium in Colorado Springs.

Despite the attendance being low from the absence of NASA and other US Government bodies, a direct result of US budget sequestration, and the appearance of some late winter storms that saw outside temperatures drop to -13 degrees Celsius, the quality of the visitors to our stand was again high including a discussion with Lt. Governor of Colorado Joseph Garcia attending as co-chair of the Colorado Space Coalition.

Exhibiting at the NSS provided the first forum for us to introduce SpaceFibre to existing SpaceWire users and newcomers to SpaceWire technologies. SpaceFibre produced great interest with its ability to provide Gigabit bandwidths for data transfer on-board spacecraft, especially when backed with QoS mechanisms and much improved fault tolerance techniques. 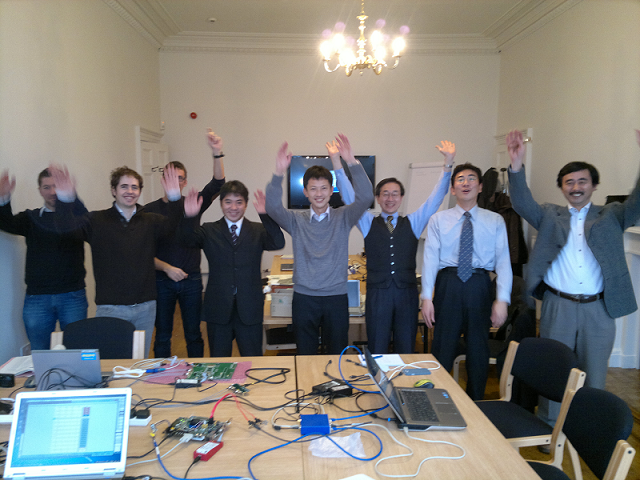 STAR-Dundee hosted a collaboration of engineers to validate a significant milestone in the SpaceFibre development.

A delegation of Engineers from NTSpace, NEC, MELCO and Osaka University travelled to STAR-House to join STAR-Dundee engineers to test and validate the interoperability of independent implementations of SpaceFibre CODEC IP cores. This milestone is a key turning point in the project and a significant step towards bringing gigabit data rates to satellites and spacecraft to meet the increasing demands of ever-more sophisticated technological advances of on-board instrumentation. The 10 fold increase in speed over the current SpaceWire standard still maintains the SpaceWire ethos of high reliability, low power and usability.

SpaceFibre is a very high-speed serial data-link being developed by the University of Dundee for ESA which is intended for use in data-handling networks for high data-rate payloads. SpaceFibre is able to operate over fibre-optic and copper cable and support data rates of 2 Gbit/s in the near future and up to 5 Gbit/s long-term. It aims to complement the capabilities of the widely used SpaceWire onboard networking standard: improving the data rate by a factor of 10, reducing the cable mass by a factor of four and providing galvanic isolation. Multi-laning improves the data-rate further to well over 20 Gbits/s. 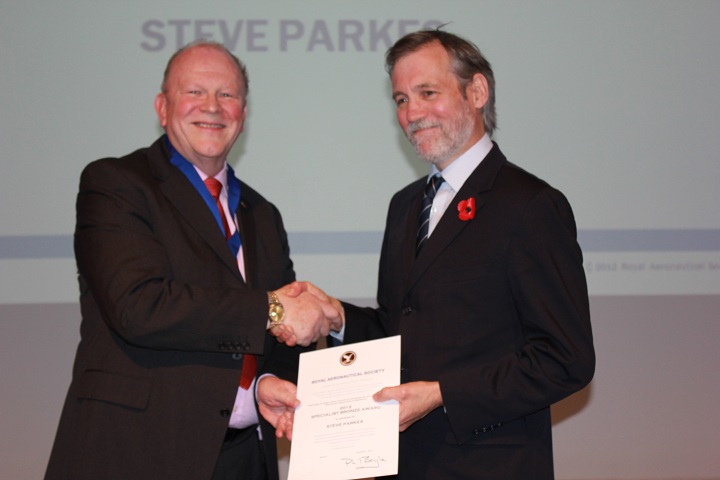 In the year that saw STAR-Dundee move into our own bespoke premises and adding to the celebrations of our 10th year since the company was formed, Steve Parkes has been honoured by the Royal Aeronautical Society in awarding him a Specialist Bronze Award for his instrumental role in the inception, development and continuing success of the SpaceWire Standard.

The Society’s Specialist Bronze Awards are presented for work of merit which has led to advances in specialist disciplines in the aerospace industry.

Receiving the award from Phil Boyle, President of the Royal Aeronautical Society, Steve said, “I am honoured to receive this award in recognition of the research I have had the pleasure to lead over the past 15 years. My thanks and appreciation goes to the members of my research team within the University of Dundee and STAR-Dundee, and to my colleagues across the world, who together made winning this award possible.”

Dr Philippe Armbruster, Head of the European Space Agency’s Data Systems Division said that “Professor Steve Parkes is well known to the European Space Agency for his numerous contributions to the work of its Technical Centre (ESTEC). He has been instrumental in the development of the SpaceWire concept, from its inception to its vast deployment within satellite on-board data handling sub-systems.”

Prof Tadayuki Takahashi of the Japan Aerospace eXploration Agency, JAXA, said “Professor Steve Parkes is the leader of the SpaceWire activity in the world. The sixth Japanese X-ray satellite, ASTRO-H, is a new generation of satellite that uses the SpaceWire architecture extensively. We appreciate his tremendous efforts to collect all requirements from the international community and to formalize as the standard.”

Jim Lux, of NASA Jet Propulsion Laboratory, said, “Professor Parkes has been a leading force in the development and acceptance of SpaceWire as a high speed on-board data connection. I expect to see more and better science data from future missions that use SpaceWire because of his advocacy and persistence.” 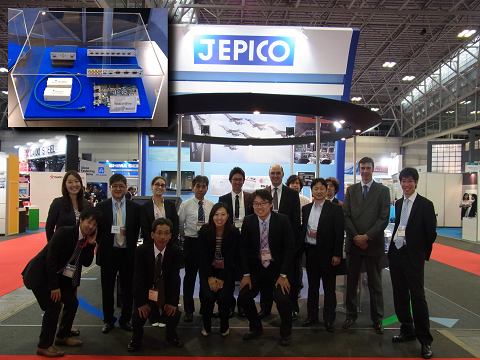 STAR-Dundee was delighted to attend JA2012 on 9th-12th Oct in Nagoya in support of JEPICO, our distributer in Japan.

Japan International Aerospace Exhibition 2012 (JA2012) is the biggest show in the Japanese Aerospace Industry calendar occurring once every 4 years. The exhibition also contained a Space pavilion that included a display of the impressive achievements of the Japanese space industry over the years.

Attending the show provided a great opportunity to speak to both existing and potential customers within the Japanese Aerospace and Space industries, and to exhibit STAR-Dundee equipment including our latest products the SpaceWire EGSE and SpaceWire RTC Development Kit . 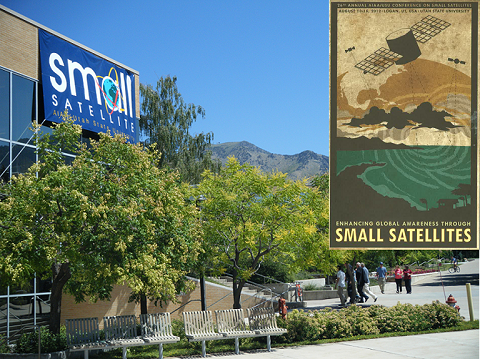 We would like to thank everyone who came to visit us at our exhibition stand. It was great to speak to existing customers, those new to SpaceWire and everyone in between. It was a particularly exciting time with the continued buzz following the successful Curiosity Mars landing and speaking to developers of equipment that contributed to the success.

For anyone who didn’t get a chance to speak with us, you can find more information about our products on the Products page or contact a member of the team using the Contact page. 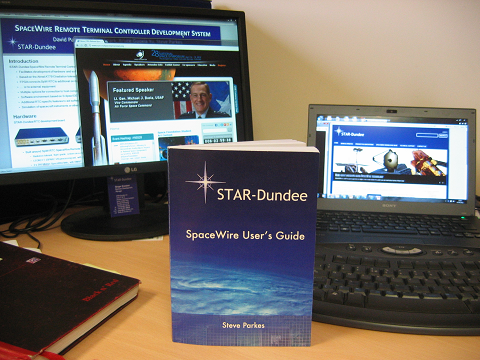 STAR-Dundee are excited to be attending the 28th National Space Symposium  in Colorado Springs, USA, over the 16th-19th April.

We will be running live demos of our newest development equipment including our most recently released Interface board the SpaceWire PCIe and two soon-to-be-released products: SpaceWire EGSE, a highly capable test device designed to rapidly emulate or stimulate instruments and other SpaceWire enabled units, and SpaceWire RTC Development Kit; our SpaceWire Software Development Environment supporting our new SpaceWire RTC Unit based on ATMEL’s AT7913E, a flight ready LEON based IC for interfacing on-board instruments. Watch our website for announcements on these products.

We will be exhibiting on booth 1515 in the Pavilion so we hope you can join us for what promises to be an interesting 4 days of seminars and exhibitions, networking and events. 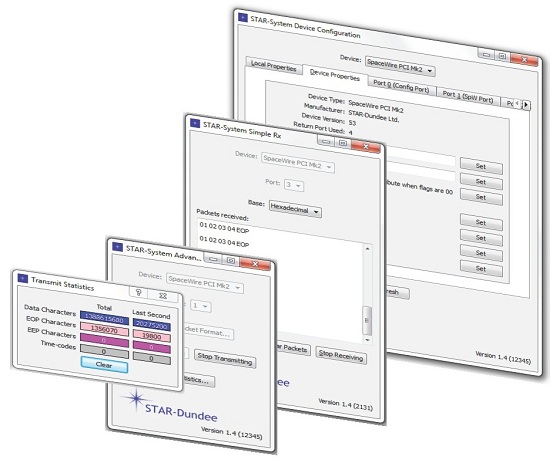